Customized Legal and Compliance Solutions for Investment Advisers and Other Financial Professionals and Businesses
Home
Attorneys
Daniel I. MacIntyre 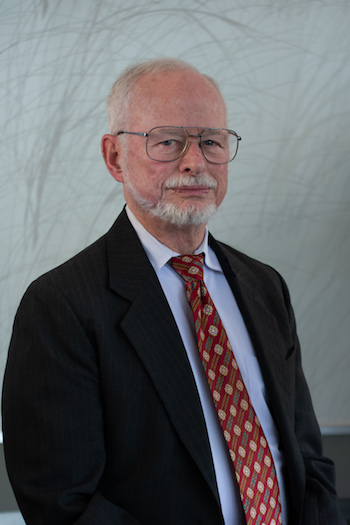 Mr. MacIntyre is Chair of the firm's business and transactional practice group with forty-five years of experience representing clients in corporate, securities and general business matters. Mr. MacIntyre concentrates his practice in the transactional practice area, including private placements of securities, mergers and acquisitions, creation and operation of corporations, LLCs and other business entities, corporate governance matters, and internal investigations. Mr. MacIntyre also advises securities industry firms and professionals in regulatory and compliance matters and represents targets and witnesses in investigations and proceeding before the United States Securities and Exchange Commission (SEC), NASD and the Securities Commissioners of Georgia and other states.  Mr. MacIntyre also serves as an expert witness and consultant relative to securities law matters.

Mr. MacIntyre began practicing law as an Assistant Attorney General for the State of Georgia, representing the Georgia Securities Commissioner. In that capacity, he was the Commissioner's representative on the committee that drafted the Georgia Securities Act of 1973 and its initial regulations. He also assisted and advised the Commissioner in developing an enforcement department.  He also represented the Teachers Retirement System of Georgia in a $15,000,000 securities fraud claim that was settled with $15,000,000 of real estate.

Mr. MacIntyre entered private practice in 1976. In 1979, he began his own firm that grew into a seven-attorney firm. Mr. MacIntyre remained a Special Assistant Attorney General for many years after entering private practice, and has continued throughout his career to be a member and sometimes chair of numerous committees that have advised the Georgia Securities Commissioner and the Georgia Legislature on securities law legislation and other securities law matters.

An Atlanta native, Mr. MacIntyre was educated in the Atlanta public schools, attended Georgia Tech and graduated from the University of North Carolina (Chapel Hill) where he was honored by membership in Phi Beta Kappa. Mr. MacIntyre is a graduate cum laude of the University of Georgia Law School, where he was honored by membership in Phi Kappa Phi Honorary Society. While in law school, Mr. MacIntyre served on the Editorial Board of the Georgia Law Review and as Justice (President) of Phi Alpha Delta Legal Fraternity. Between college and law school, Mr. MacIntyre served in the United States Navy as an officer and Naval Aviator, earning four strike/flight Air Medals during two tours aboard the USS Hornet in the waters around Viet Nam. Mr. MacIntyre was promoted to the rank of Lieutenant Commander while serving in the Naval Reserves during law school.