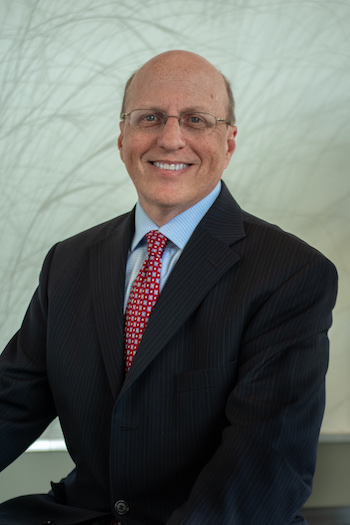 Co-Founder and Principal of Parker MacIntyre, Mr. Parker has extensive experience in the areas of investment adviser and broker dealer regulation, securities litigation and arbitration. He is Chair of the firm’s Regulatory Practice Group and also practices in the Litigation Group, representing individuals, investment advisers, broker-dealers and other financial firms and professionals in regulatory and compliance matters and in regulatory investigations and enforcement matters. Additionally, he represents individuals, broker-dealers, registered representative and others in securities litigation and arbitration matters.

While at Page Perry, LLC from 2003 through 2013, Mr. Parker founded that firm’s regulatory practice group and, with Daniel I. MacIntyre, established a team of professionals that counseled small to mid-sized advisers and broker dealers through the rapidly changing regulatory landscape.  Since then he has continued to provide experienced advice and guidance to those participating in the financial industry.

While at Page Perry, Mr. Parker also represented clients in over 100 FINRA arbitration matters, dealing with subjects such as expungement, suitability, breach of fiduciary duty, employment disputes, violations of FINRA and SEC rules, and similar matters.

Mr. Parker served on a Georgia Bar committee that in 2011 and 2012 advised the Secretary of State regarding modernization and harmonizing the Georgia rules pertaining to Investment Advisers. He has also authored numerous articles regarding investment adviser and broker dealer regulation and state securities acts. From 2004 to 2012 he served as a Blue Sky law liaison to state securities subcommittee of the American Bar Association’s Corporate Law Section.  He also represented the North American Securities Administrators Association (NASAA) in connection with drafting Amicus Curiae briefs filed in cases having national significance in securities matters.

From 2001 to 2003, Mr. Parker served as the Director of the Securities Division of the State of Georgia. While in that position, he worked closely with other state regulators in developing a best practices model for examinations of investment advisers subject to state regulation. He also regularly worked with FINRA and SEC task forces on matters of broad regulatory interests, from examinations and “sweeps” to multi-jurisdictional enforcement activity. Under his leadership the division concluded significant regulatory enforcement actions, including a landmark administrative case against Wall Street banking firm Lehman Brothers regarding investment banking practices that negatively influenced the firm’s recommendations to its retail investor clients. Prior to serving as Director, Mr. Parker was Chief Enforcement Attorney for the Securities Division in 2000 and 2001.

Mr. Parker was a member of NASAA from 2001 to 2003, serving on its Enforcement Section Committee during 2002 and 2003. Additionally, he served on tasks forces investigating sales practices relating to viatical investments and variable annuities. He regularly interacted with securities regulators of all 50 states, the District of Columbia, Puerto Rico and Canada.

Prior to joining the Georgia Securities Division, he was a Partner in the Decatur, Georgia law firm of Parker, Terry and Center. He was an Associate at Kilpatrick & Cody (now Kilpatrick Townsend) in Atlanta from 1987 to 1990.

Mr. Parker is licensed to practice law in Georgia and North Carolina, is a member of the Business Law Section of the State Bar of Georgia, and is admitted to practice before all Georgia Courts, the U.S. District Courts for the Northern and Southern Districts of Georgia, and the Eleventh U.S. Circuit Court of Appeals.