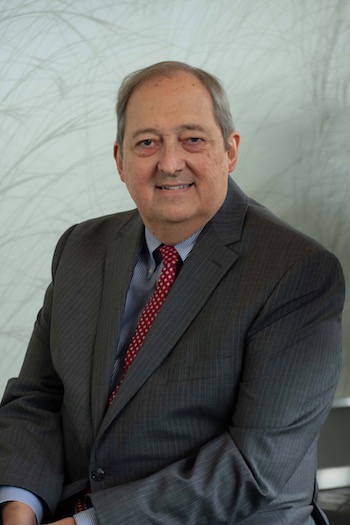 Mr. Terry is a member of the firm’s Regulatory Practice Group, advising and representing broker-dealers, investment advisors and individuals in regulatory, compliance and enforcement. He also provides advice and representation to clients in connection with other corporate matters, including raising capital.

Mr. Terry has many years of varied experience in securities regulation, compliance and enforcement, as well as other areas of the law. He has served as Chief Compliance Officer of SunTrust Investment Services, Inc., a regional broker-dealer, and as Securities Counsel and Due Diligence Officer for FSC Securities Corp., a national independent broker-dealer.

From 1997 until 2001, and again from 2007 until 2011, Mr. Terry served as the Director of the Securities Division of the State of Georgia. As Georgia’s Securities Division Director, Mr. Terry oversaw a major legislative revision of the Georgia Securities Act of 1973 and, later, the adoption of the Georgia Uniform Securities Act of 2008. In addition, he and his staff conducted numerous investigations of violations of Georgia's securities laws, both independently and in cooperation with other states, resulting in the return of millions of dollars to investors as well as the imposition of administrative, civil and criminal sanctions against offenders. In this role, he was also responsible for the state’s oversight of charities and private perpetual care cemeteries.

As Director, Mr. Terry also served in many leadership roles within the North American Securities Administrators Association (NASAA), including two terms as a member of the Board of Directors, and service on many enforcement task forces. In addition, he was Vice Chair of the NASAA/FINRA CRD Steering Committee, which develops forms and processes for the CRD, IARD and IAPD-I, and reviews all broker expungement filings related to customer claims. He received two Outstanding Service Awards from NASAA for his work.

In addition to his regulatory service and compliance roles, Mr. Terry has represented firms and individuals in connection with a wide variety of securities and other matters in private law practice. He has assisted a number of small and medium-sized businesses in addressing and meeting their capital formation needs, using both exempt and registered offerings.   He is an adjunct professor of law at the Emory University School of Law, teaching a course in securities law focusing on broker-dealer and investment adviser regulation. He has participated as a member of numerous continuing legal education and other legal and securities industry panels addressing various issues relating to securities law and the securities industry.

Mr. Terry is a native of Atlanta. He and his wife, Pam, have three adult children.